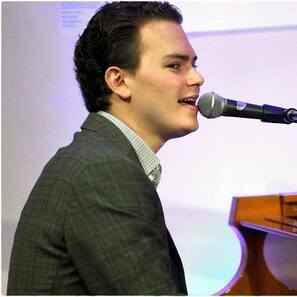 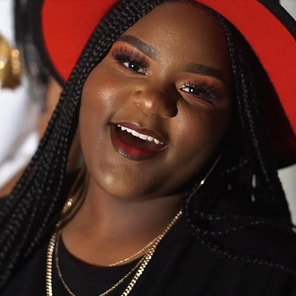 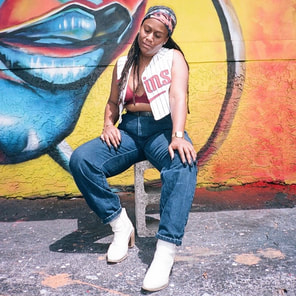 ​Writer, Poet, Educator, Performance & Collaborative artist, Arsimmer McCoy, is  from Richmond Heights, FL. McCoy’s work covers conversations about identity, self-reflection, human connectivity, legacy, validation, and transparency. McCoy’s  writings delve into her experiences of growing up in Miami; oftentimes exploring its underpinnings through storytelling.  McCoy is the recipient of the 2021 Miami Foundation racial equity grant,  and Locust Project’s 2021 Wavemaker grant. Arsimmer’s work has been featured in RootWork Journal, Mixed Magazine, The Lighthouse Review, Creatures Mag, and Opal Literary.  In You can always come home,  a film produced by Monica Sorelle and directed by Juancy Matos  she narrated via a joint piece written by McCoy  and visual artist Reginald O’neal. Arsimmer was also a featured poet in sculptor GeoVanna Gonzalez’s  Art film How to: Look at you. When Arsimmer is not writing or performing,  she is working on her passion project of turning her home into an exhibition space and mothering her 11 year old daughter who dances like fire. 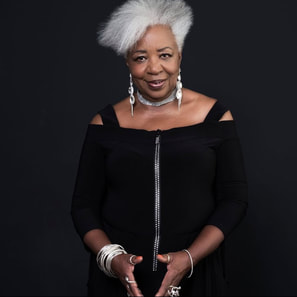 Carole Ann Taylor, a connoisseur of classic jazz standards, has returned to her vocal career after taking a 30 year hiatus to raise her children and run her various businesses. In her prior vocal career she performed throughout the U.S.- New York City, Cleveland, Detroit, Washington, D.C., the Catskills and the U.S. Virgin Islands. She was the recipient of a five year contract from Duke Ellington in 1970 and studied under Luther Henderson, Duke Ellington’s vocal coach, as well as Brooks Alexander. She has performed with Lionel Hampton, Cedar Walton, Buck Clayton, Buddy Tate, Danny Mixon, Bobby Watson, Curtis Lundy, Donald Smith and South Florida Jazz Hall of Fame recipients Pete Minger, Eric Knight, Billy Rolle, Jimmy Crawford, Don Mosely and Ray Ray. Since returning to her vocal career she regularly performs at The Betsy Hotel on Miami Beach and Casablanca on the Bay in downtown Miami.
Funding Partners:
Creative and Community Partners: