This trio (drums, trumpet, keys+vocals) from the artist roster at Context of a Generation promises some “oh-sooo-Miami” fun on Flagler Street this Thursday.

A non-profit organization, the mission at Context of a Generation is to foster the growth of sustainable development within underrepresented communities by hosting year-round art events and social activities that educate and preserve cultural heritage. Established in 2019, we have created a digital platform for Miami independent artists called COAG TV. COAG TV is a Youtube channel that is now the home of Mango Sessions and The Indie Seat, two series that showcase local artists and their works. Each series is aired every Wednesday at 8AM and 6PM. 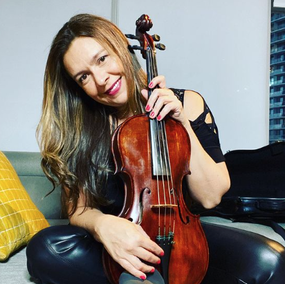 Born in Ibague, (The Music Capital of Colombia) Lina Caceres began her music career playing the violin at age 11 and by age 14 she chose the Viola as her principal instrument and was selected to be a part of the National Batuta Symphony Orchestra. Lina's been an integral part of various Symphony Orchestras in her native Columbia. In 2006 she began a new chapter in Miami, playing with a variety of Florida orchestral groups and teaching violin and viola.  Lina’s range and broad music interests have been featured in performances and recordings with Marc Anthony, Juanes, Prince Royce, and Marco Antonio Solis. 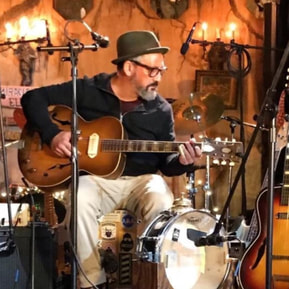 Original songs, original style, original man… Uncle SCotchy’s songs of pain, loss, and redemption will make you smile when you sigh and dance while you cry. When stories and soul meet, it can be a wonderful thing. 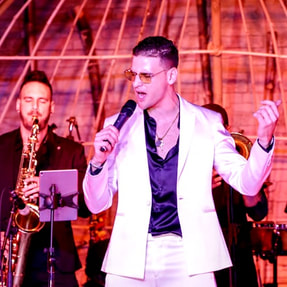 Led by band leader, Jonathan Cahm,  the Cocktails & Cabaret Band will take you on a musical journey from The Roaring 20’s to the chart topping hits of today, including such hits as “Fever,” “Whatever Lola Wants,” “All That Jazz” a tribute to Disco and a Salsa Finale that will have you dancing in the streets.

Utilizing the best talent in the business and applying none of the traditional rules of concert or theater behavior Clubesque's unique brand of entertainment provides a unique and immersive Live entertainment experience. Lush costumes, infectious music, dazzling choreography and gorgeous cast has tantalized audiences in the South Florida area since 2018 in venues such as Fillmore Theater, Baoli, and KubaCabana.
Funding Partners:
Creative and Community Partners: