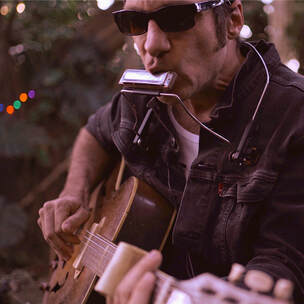 Lone Wolf One Man Band , known by the law as Bruno Esposito, lives among us, a tornado of awesome sound. He plays punk-rock drums with his feet and a quiver of stringed instruments — from guitar to dobro to claw-hammer banjo to the double-necked "diddly bow” guitar. Throw in the harmonica and a voice like he’s been gargling kitty litter for years and you have a one-man tour de force that calls Miami his home. 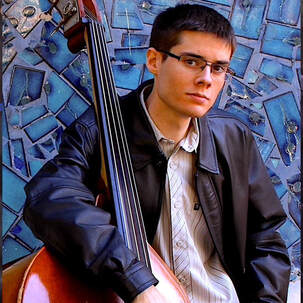 Gary Thomas has been performing and recording professionally as a bassist for the past 14 years. Gary studied under the direction of Chuck Bergeron, Gary Lindsay, Terence Blanchard, Dave Holland, has been recognized as a composer in Downbeat Magazine, and has participated in Betty Carter's Jazz Ahead, at the Kennedy Center in Washington D.C. Gary has been an Adjunct Professor of music at Miami Dade College since 2014, specializing in Jazz Bass and Music Theory instruction.  In addition to his teaching responsibilities, Gary performs, composes, and records Jazz, Rock, Pop, CCM, Electronic Music, and a variety of other genres as an Acoustic and Electric Bassist 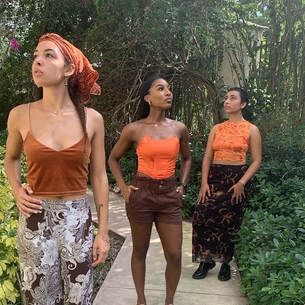 SAT • MAY 14  • 4:30p + 6:30p
@ 100 NE 1 AVE. (Old Post Office Steps)
Black Arts Ensemble • Vocal Harmony
The Black Arts Ensemble is focused on showcasing music by Black composers and educating audiences about Black composers and artists across genres, both historic and modern.  The Ensemble includes three students at Frost School of Music who believe in the power of music outside its institutionalization. 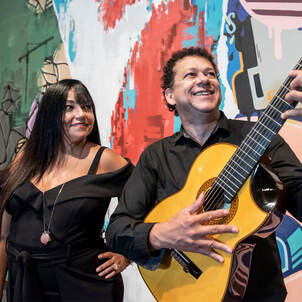 SAT • MAY 14  • 5:30p + 7:30p
@ 100 NE 1 AVE. (Old Post Office Steps)
Rose Max Trio  •  Bossa Nova + Latin Jazz
Born in Rio de Janeiro, Rose Max realized she had the gift of singing at a very early age. Everyone from her mother's side was a musician. She is the great-grand daughter of the conductor and composer CUPERTINO DE MENEZES and grand daughter of the guitar player and composer MANUEL DE MENEZES. Rose started singing professionally with the OCTETO RIO ORCHESTRA performing in the nightclub scene of Rio. She studied vocal technique with Graciela di Salerno, Nancy Miranda and Suely Mesquita. Rose moved to Miami in October of 1993, where she has continued to grow and develop musically, and by keeping a constant performance schedule, she has become highly recognized in the Brazilian, Hispanic and American communities.
Funding Partners:
Creative and Community Partners: