​Olympia Arts MIAMI "takes art to the streets" with a new series of
Street Stages in March 2022 and the debut of our Street Galleries project.
​ 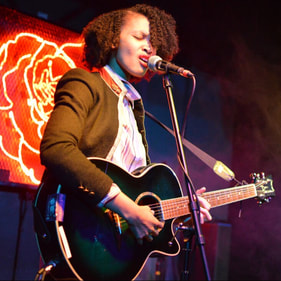 ​Quiana Major grew up in a town in Miami Florida called Goulds. She grew grew up listening to just about everything that came to the streets of Miami - rap, reggaeton, jpop, hip hop, reggae, cumbia pop, gogo music and family life was filled with soul, funk, r&b, disco, jazz, classical, and folk.  Her music captures emotions of youthful mistakes, purpose, companionship validation, and escape influenced by artists from Brian Eno, Eryka Badu, Mick Jagger to Diana Ross and PJ Harvey. 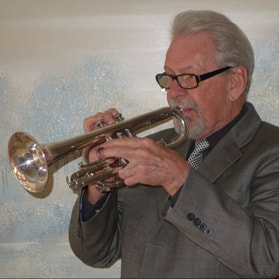 Dixieland is the name given to the style of jazz performed by early New Orleans jazz musicians. The name is a reference to the “Old South,” specifically anything south of the Mason-Dixon line. Dixieland, which was developed in New Orleans, is one of the earliest styles of jazz music. The style combines brass band marches, French Quadrilles, biguine, ragtime, and blues with collective, polyphonic improvisation.  Not often heard today, a handful of dedicated bands keep the music alive. Glyn Dryhurst and his band are South Florida’s leading group dedicated to this genre of music. 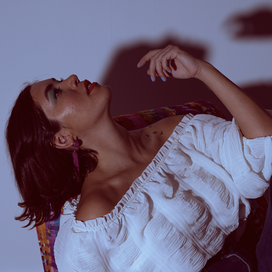 Singer, Songwriter, and Photographer - April Nicole landed in Miami by way of California and Texas. Performing at venues like Melinda’s and The Anderson, April Nicole’s guitar and dreamscape vocals paint pictures.  April is a member of Context of a Generation an artist collective that fosters young artists in Miami and their multidisciplinary works and projects.
Funding Partners:
Creative and Community Partners: