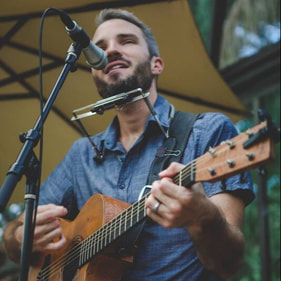 ​Miami, Florida-based folk artist Keith Johns wasn’t always a folk artist. All throughout his formative years, science and music had raged an internal war for first place of his attention. After earning a degree in Applied Physics and taking a job running particle accelerators, it seemed that the former had won out and his charming folk songwriting was destined to be only a dear hobby.  And yet, the music persisted, and the universe contrived to change things.  Keith Johns crafts dynamic, beautifully orchestrated Indie Folk music that reflects the variety of emotions present in all of our lives: at times joyful and celebratory, at times sorrowful and longing. He delivers richly nuanced stories in his unique voice with lyrics that are soulful and honest. 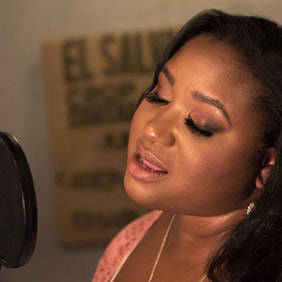 Born and raised in Miami Beach, Nikki Kidd started singing at the age of four.  Her musical palate ranges from Jazz, Electronic Music, Reggae, Pop, Rock, Soul and R&B and that diversity is shown and very evident in Nikki's music. Nikki earned her Bachelors at the University of Miami in Studio Music and Jazz Voice studying with with world renown jazz artists such as Kevin Mahogany, Kurt Elling, and John Secada. Voted Miami New Times "Best Jazz Act" in 2018 and Legacy Magazines 40 Under 40 in 2018! Nikki Kidd has a way of commanding the stage which makes her performance one NOT to miss! ​ 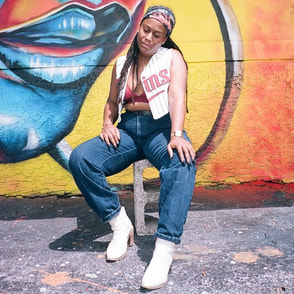 ​Writer, Poet, Educator, Performance & Collaborative artist, Arsimmer McCoy, is  from Richmond Heights, FL. McCoy’s work covers conversations about identity, self-reflection, human connectivity, legacy, validation, and transparency. McCoy’s  writings delve into her experiences of growing up in Miami; oftentimes exploring its underpinnings through storytelling.  McCoy is the recipient of the 2021 Miami Foundation racial equity grant,  and Locust Project’s 2021 Wavemaker grant. Arsimmer’s work has been featured in RootWork Journal, Mixed Magazine, The Lighthouse Review, Creatures Mag, and Opal Literary.  In You can always come home,  a film produced by Monica Sorelle and directed by Juancy Matos  she narrated via a joint piece written by McCoy  and visual artist Reginald O’neal. Arsimmer was also a featured poet in sculptor GeoVanna Gonzalez’s  Art film How to: Look at you. When Arsimmer is not writing or performing,  she is mothering her 11 year old daughter who dances like fire. 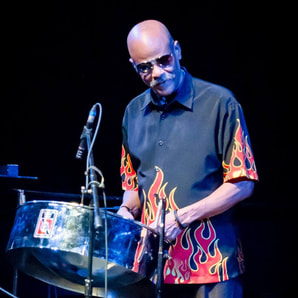 SAT • APR 30 • 5:30p + 7:30p
@ 100 NE 1 AVE. (Old Post Office Steps)
Othello Molineaux Quartet • Jazz / Steel Pan
​
Othello Molineaux is widely credited with introducing the steel pan to the jazz world. He was born in Trinidad and Tobago, the dual island republic that also gave birth to the Steel Pan. He spent much of his early career performing with the late Jaco Pastorius' ensemble after migrating to the US in the 1970's. Molineaux has since performed with many other Jazz greats including Herbie Hancock, Dizzy Gillespie, Alexander, Art Blakey and Randy Brecker.  His groundbreaking album with Jamaican, Monty Alexander "Ivory and Steel" is considered as the "first successful commercial jazz album using a steel drum". Molineaux’s "It's About Time" was voted best Jazz Album by the Miami New Times was also declared a "Jazz Masterpiece" by America's #1 Jazz Magazine, "Jazz Times".
Funding Partners:
Creative and Community Partners: